The City Manager, When Made Aware of These Issues, Provides Little Oversight

The Undermining of the Falls Church City Zoning Code 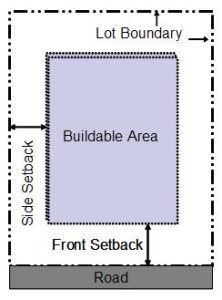 In 2012, two members of the City’s Board of Zoning Appeals (BZA), John Murphy and Kent Taylor, abruptly resigned. While their resignation letters were not publicized, the reasons for their resignations are widely known. They did not agree with the zoning office’s inconsistent administration of the code or have any confidence that the zoning administrator would abide by their decisions.

For over a decade, there have been complaints about the zoning administrator exploiting loopholes or unfairly administering the code (articles below). The City Manager, when made aware of these issues, provides little oversight. Instead of requiring the zoning office to use its authority under the code to review possible violations by builders, citizens are dismissed and told to go to court. That is what happened to us when, beginning in July, we asked the zoning administrator and then later the City Manager to enforce setback requirements for the house under construction next to us on Sycamore Street. The builder is now, months later, requesting a variance. The BZA hearing is scheduled for Thursday, December 14, 2107.

We are not against development, but in their eagerness to attract builders and increase revenues, the City Manager and zoning administrator go way too far. They are willing to bend the rules or look the other way for builders and real estate developers at the expense of neighboring properties. Adjoining property owners are entitled to expect accurate and even-handed enforcement of the zoning code. We have not received equitable treatment.

In a comment posted by Gordon Theisz in May 2012, he said, “None of this is new. The City has found itself with a pending legal action by neighbors against a decision of the zoning administrator nearly continuously since 2005.”  The situation has only grown worse. The zoning office, through years of experience, seems to have become expert in creating procedural delays and in side-stepping the plain language of the zoning code. In many ways, the tactics are intended to wear down neighboring property owners or require them to incur unnecessary expenses so that they will give up.

As our property values are growing and huge houses are built up to setback requirements, protecting our zoning code becomes increasingly important. The zoning code is designed to protect our property values. The administration in Falls Church affords no checks and balances and little to no transparency. From our experience, even FOIA requests are not fully honored.

In talking about what is happening on Sycamore Street, we have been told that is just a microcosm of other similar problems throughout the City. Having public servants act with little transparency and accountability is not a good thing. It means that government is not acting in the interests of the people it represents but rather, prioritizes the interests of real estate developers.

We need to continue the dialogue to increase transparency and accountability in the City.

At a minimum, the following should be considered, some of which have been suggested by prior BZA members:

The City Council should take action to require accountability. It’s time for Falls Church City to stop undermining its own zoning code for the benefit of real estate developers.

Be the first to comment on "Zoning Administrator’s Deference to Developers Over Homeowners: A Willingness to Bend the Rules and Look the Other Way"